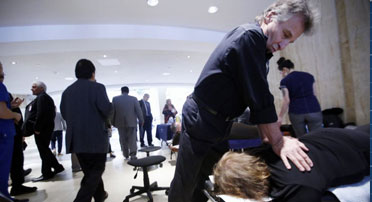 Penalties for criminal convictions would range from one year of imprisonment and a fine of up to $1,000 to a fine of up to $25,000 or three times the value of the product. Owners of antiques or heirlooms containing ivory or parts from other endangered animals would not be affected by the legislation, which now heads to the governor after a 44-22 vote.

Fire marshal’s move: After three hours of debate Tuesday, the House approved a bill to move the State Fire Marshal’s Office from the Public Regulation Commission to the Department of Homeland Security and Emergency Management. The bill accompanied a broader PRC reorganization measure that stalled in a Senate committee Tuesday night.

Transfer fund: The House approved legislation in a 40-24 vote Tuesday that would transfer money from the state Tax Stabilization Reserve Fund into an operating reserve fund if the reserve drops to less than 1 percent of total state appropriations.

Supporters say it would fix a problem with the state’s rainy-day fund and help avoid a special session when one may not be necessary.

Republicans railed against the legislation for hours Tuesday, arguing it’s a cover for Democrats proposing to spend too much money.

Looking ahead: A few last committee hearings will be held early Wednesday as the 2020 legislative session nears an end at noon Thursday.

Visit nmlegis.gov and click on “What’s Happening” to get an updated schedule of House and Senate floor and committee calendars for the last full day of the session.

Another cup of java, please: State Sen. Bill Sharer, R-Farmington, was sipping a cup of coffee during a Senate Indian and Cultural Affairs Committee hearing Tuesday morning, but maybe he needed a second one.

First, Sharer tried to table Senate Memorial 44, which would recreate a 400 Years of Freedom, Restrictions and Survival exhibition that opened at the state fair last summer. It aims to raise awareness about the scourge of slavery.

“I’m not interested in spreading more hatred around,” Sharer said.

The memorial’s sponsor, Sen. Antoiniette Sedillo-Lopez, D-Albuquerque, said she did not understand the comment.

Then, when faced with House Joint Memorial 6, which would convene a task force to study ways to promote the El Camino Real de Tierra Adentro National Historic Trail, Sharer said he did not want to support a route that led to oppression of people named Shendo at the hands of people named Romero.

One of the memorial’s sponsors is Rep. Andrés Romero, D-Albuquerque.

But he voted against the proposal. Nonetheless, the committee moved both memorials to the full Senate for consideration.

Civics lesson: Seniors from Volcano Vista High School in Albuquerque toured the state Capitol on Tuesday and talked with some of their legislators, including Albuquerque Democratic Reps. Moe Maestas and Joy Garratt.

Senior Lila Nezar said it’s important for students her age to realize “we can shape policy in the future. … Once we get the right to vote, it’s important to know our voices can be heard.”

Garratt agreed, recalling that as a high school student, she belonged to a civics group called Dialogue where she learned “my voice could make a difference.”

No kidding: While standing by to hear a bill Tuesday, senators told a series of jokes, referred to offhandedly as “improv at the state Senate.” Here are some highlights:

“What do you call a deer with no eyes? No ideer.” — Sen. Cliff Pirtle, R-Roswell

“What do you call a sleeping doe? A bulldozer.” — Sen. Sander Rue, R-Albuquerque

“What do you call a bear with no teeth? A gummy bear.” — Sen. Linda Lopez, D-Albuquerque

“What do you call a cow with no legs? Brown beef.” — Sen. Bill Payne, R-Albuquerque

“What did the fish say when he ran into the concrete wall? Dam.” — Sen. Bill Soules, D-Las Cruces

Quote of the day: “I’m exhausted. I pick out my wardrobe and wonder what would be most comfortable to sleep in.” — Rep. Susan Herrera, D-Embudo, commenting on House floor debates that have lasted midnight.

“Not only have we spent — I was gonna say like drunken sailors, but that’s a disrespect to drunken sailors.” — Rep. Rod Montoya, R-Farmington, during debate on the House floor.