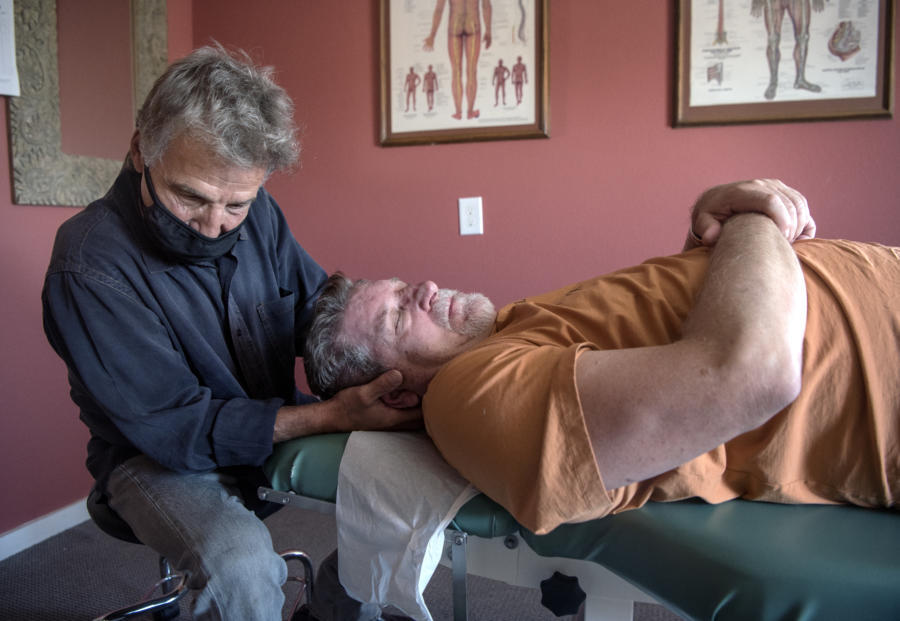 Students seeking to enter the naprapathy field just got a leg up as the Southwest University of Naprapathic Medicine in Santa Fe received national accreditation under the Distance Education Accrediting Commission in June.

The accreditation was a multi-year process, Dr. Patrick Nuzzo, co-founder and president of the university, said. It officially took effect June 18 and lasts for three years.

Naprapathy is similar to chiropractic, but focuses on the connective tissue that pulls bony structure out of alignment, Nuzzo said. The profession was founded in the early 1900s by Oakley Smith, who originally trained as a chiropractor, but then branched off to form his own field.

“Accreditation for the school is really kind of like the crown jewel of what you would be looking for as an educational institution,” Nuzzo said. “With accreditation, that really opens the door for naprapathic medicine to start expanding this profession.”

Nuzzo said he chose to pursue the distance education accreditation because about 75% of the program, such as the basic sciences, is taught online. Students will come into the clinic on Saturdays to take clinical evaluation or technique classes, depending where they are in the program, which lasts about three years.

Student Lydia Trusso, who is slated to graduate in five months, said accreditation opens the door to help expand the naprapathy field. She said she already sees the merit in the school, but accreditation proves that what she’s learning is valid and a great practice.

Trusso is a nurse and discovered naprapathy after she injured her back, and it helped with her injury. She said she had the realization that she wished she could do something more to help people, and decided to go back to school to become a naprapathy physician.

“Naprapathy can be like a missing link for a lot of injuries that don’t need surgery or don’t need orthopedic involvement, they’re just things that are really causing pain on a daily basis,” she said.

Trusso works as nurse in primary care and she sees people coming into the office in pain, and the doctor has only a few options, such as physical therapy, or referring them to an orthopedic doctor. She said it’s really cool to see naprapathy as an additional option, and one doctors are beginning to use.

Since then, New Mexico lawmakers have helped further the profession by passing licensure laws and other protections for the field.

State Sen. Gerald Ortiz y Pino, D-Albuquerque, said Nuzzo would often set up a table during the legislative sessions and provide naprapathic treatments to lawmakers and staff. He said he noticed the benefits of the treatments and looks forward to receiving the service from Nuzzo during the session.

He sponsored a bill to expand Medicaid money to include naprapathic treatments in 2013, but it failed. Ortiz y Pino said getting naprapathic services recognized is important to have as part of the “whole quiver of arrows” that can be used when someone is in pain.

“We shouldn’t be hesitant, I think, to look beyond the traditional boundaries of Western medicine in finding ways to help people who are in pain or who are suffering from illnesses of various sorts,” Ortiz y Pino said. “We shouldn’t artificially limit ourselves.”